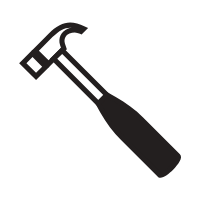 Oftentimes, new homes are built very similarly to other models in the area, which can make it difficult to feel like your place is unique. However, by doing a little remodeling, you can set your place apart and create the kind of home environment you are looking for. On this blog, you will be able to find great tips and tricks outlining everything from creating the kind of space you want to which remodeling projects to undertake first. Check out these blogs for awesome tips regarding remodeling and what you can do to create a gorgeous home with the resources that you have.

If you have a tub/shower combo in one of the bathrooms in your home, you might be thinking about remodeling it. There are a number of different options that you can pursue, including getting rid of the tub component and simply having a shower. Generally, this move is only advisable if you have a tub elsewhere in your home because when you eventually list your home for sale, many prospective buyers will want access to a tub. Provided that you do have another tub, swapping your tub/shower combo for a shower can be an idea that makes sense. Here are three benefits of making this change.

A lot of people find that it's easier to step into a shower than into a tub/shower combo. If you're getting older and the prospect of stepping over the edge of the tub so that you can have a shower is daunting, removing the tub and replacing it with a shower can be a mobility-friendly decision. Your bathroom remodeling contractor can show you all sorts of designs for showers that you can walk into with ease. This easier access can also be safer, as there won't be a risk of stumbling over the edge of the tub.

Switching your tub/shower combo for a shower will likely result in you having more showers than baths. Even if you still occasionally bathe in the tub that is in a different bathroom, you may find that you're eager to use the new shower because of its fresh style. Having a shower tends to use less water than having a bath. If you're concerned about your household's water usage — perhaps because you're spending more for water than you'd like each month — getting rid of one of the tubs so that you and your family members shower more can be a cost-effective change.

Lots of tub/shower combos tend to be on the larger side. It's often possible to convert this fixture into a moderate-sized shower and end up with some extra space that the tub formerly took up. Whether you simply want some open floor space in your bathroom to help the room feel larger or you're thinking about adding a storage cabinet to this space, you'll have many options when you make the change from a tub/shower combo to a shower. Get in touch with a shower remodeling professional to discuss this project.